Why Web 3.0 Decentralized Financial Products have Become a Rage 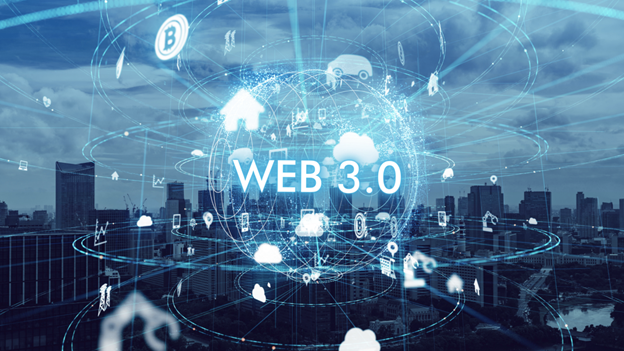 Web 3.0 is a hypothetical future internet version built on public blockchains, a record-keeping technology best known for facilitating cryptocurrency transactions. Web 3.0 is appealing because it is decentralized, which means that instead of customers accessing the internet through services mediated by firms like Google, Apple, or Facebook, individuals own and regulate areas of the internet themselves.

Web 3.0 does not require “permission,” which implies that central authorities do not have the authority to select who has access to what services, nor does it require “trust,” which means that virtual transactions between two or more parties do not require the use of an intermediary. Web 3.0 technically preserves user privacy better because these agencies and intermediaries are conducting the majority of the data collection.

Decentralized finance, or DeFi, is a Web 3.0 component that’s gaining traction. It comprises using the blockchain to conduct real-world financial transactions without the involvement of banks or the government. Meanwhile, many significant corporations and venture capital firms are pouring money into Web 3.0, and it’s difficult to imagine that their involvement won’t lead to concentrated authority. We will look into why DeFi will be key to Web 3.0 and what projects are making a wave.

Non Fungible tokens (NFTs), digital currencies, and other blockchain entities will also play a big role in Web 3.0. For example, Reddit is aiming to break into the Web 3.0 space by creating a mechanism that uses cryptocurrency tokens to allow users to effectively manage portions of the on-site communities in which they participate. Users would earn “community points” for posting on a specific subreddit, according to the idea. The user is then awarded points based on the number of people who upvote or downvote a given post. (It’s just Reddit Karma on the blockchain.)

When it comes to Web 3.0, you’ll often hear the term “cryptocurrency” discussed. Because many Web 3.0 protocols rely significantly on cryptocurrency, this is the case. Instead, it gives everyone who wants to help establish, govern, contribute to, or enhance one of the projects a monetary incentive (tokens). Web 3.0 tokens are digital assets linked to the goal of establishing a decentralized Internet. These protocols could provide services like compute, bandwidth, storage, identity, hosting, and other internet services that cloud companies used to provide.

For example, the Fantom-based Hector Finance is building a financial center on the Fantom Opera Chain and beyond, with a range of use cases that the $HEC token can serve. The $HEC token can be staked for (rebase) rewards. Through buybacks and burns, the protocol tries to deliver an appealing APY while also promoting scarcity. Only $HEC may be used to create the $TOR stablecoin, which gives highly competitive farming returns.

The Hector Finance project is housed under the Fantom Opera Chain. The Hector Team intends to bring value to their users by developing a variety of use cases within the Hector Ecosystem. On the exchange, a percentage of the earnings from these use cases will be used to buy and burn Hector tokens. Hector will become multi-chain by the year 2022. In the crypto realm, stablecoins like USDT and USDC have grown in importance. They are used to store non-volatile value, allowing us to maintain our purchasing power from day to day. Regrettably, the US Dollar does not function in this way. The Federal Reserve is responsible for coining US dollars, and its fiscal policies have frequently led to the currency’s depreciation.

Over the previous three decades, internet technologies have advanced at a rapid pace. The first-generation Web 1.0 served static content and information to users via web servers in the 1990s. This was followed by an upgraded Web 2.0, sometimes known as ‘the Social Web,’ which allowed users to create content, use social media platforms, and connect with one another, but it also posed issues in terms of data control and ownership. Web 3.0, also known as the Semantic Web, is the next internet revolution that is still being created. It will be based on the confluence of developing technologies such as blockchain, artificial intelligence (AI), machine learning, and augmented reality, among others. Decentralized data, a more transparent and safe environment, machine cognitive intelligence, and three-dimensional design will all be featured.

The transition from Web 2.0 to 3.0 is taking place gradually and mostly unnoticed by the general population. Web 3.0 applications look and feel the same as 2.0 applications, but the backend is radically different. The future of Web 3.0 is universal applications that can be read and used by a variety of devices and software types, making our business and recreational activities more convenient. The advent of technologies such as distributed ledgers and blockchain storage, which will challenge Web 2.0’s centralization, monitoring, and exploitative advertising, will enable data decentralization and the establishment of a transparent and secure environment. In a decentralized web, individuals will be able to rightfully control their data when decentralized infrastructure and application platforms supplant centralized tech companies.