Welcome to Girls, Robots Dragons (GRD), a Web3 fantasy game filled with mystical adventures and community rewards. The gameplay is based on completing what is called a ‘Lore Book’. GRD community members are dubbed ‘Lore Keepers,’ who are responsible for preserving the wealth of knowledge and associated with the tribes of Girls, Robot Dragons.

Through collecting NFTs, Lore Keepers enter the GRD game, where they then compete against each other to gain prestige and unlock rewards.

The project is launching with the release of an exclusive NFT collection, which is created by legendary artists Zoltan Boros and Gabor Szikszai, who created many of the artworks for Magic: The Gathering TCG, Dungeons & Dragons, Star Wars RPG, World of Warcraft TCG, and Hearthstone.

The GRD NFT collection will drop on April 4th, where Ether Cards NFT holders will be granted up to 12 hours early access, as well as receive discounts of up to 15% (depending on card type).

The collection’s NFTs are double-sided and will feature a unique, 1/100 image. They will have multiple redeemable utilities, giving owners the opportunity to receive perks such as custom canvas paintings, custom three-tone drawings, artistic sketches, signed and numbered prints, and online meetings and autographs from creators. Their specific artworks will be based off of one of the 15 Girl, Robot, and Dragon characters.

Girls represent all that is good in humanity; beauty, wisdom, courage, and other incredible traits. Girls cards will include five inspirational characters, such as Ash the collector, Billi the mechanic, Nyella the archivist, Zaiyah the magician, and Mel the pilot. The mission is to collect their cards, learn each of their backstories, and use them in conjunction with each other to unlock seemingly untouchable secrets.

As you’d expect, the Robots represent the future, whether that be through being our partners in exploration, or partners in crime. As with the Girls, there are five Dragon cards to collect, including the unbreakable Skytr, brute-forced Bruto, military mastermind Kacee, miner-come-cynic Volby, and the explorer of gas giants, Turo.

Dragons represent the unknown, as they can exist in the past, present, or in a dimension that human ignorance cannot detect. There will be Grethel, who values the pearls of wisdom above all, Yeva, who shines like golden rays of sunlight, Ror’Khan, the fiercest of them all, Koun, a provider of wealth and fortune, and Falco, a dragon from ancient times.

There are four Ranks of cards, Common, Rare, Common Perfect and Rare Perfect, meaning there are four reward pools.

By collecting all five cards (characters) of each type of Hero, Lore Keepers will earn the corresponding Hero Medal. Earning all three Hero Medals (therefore collecting all 15 characters) of a single rank will enable Lore keepers to submit the entire Lore Book of that rank to claim rewards from the reward pool. In claiming prizes, collectors will keep their cards, but the card’s ability to be redeemed will disappear. 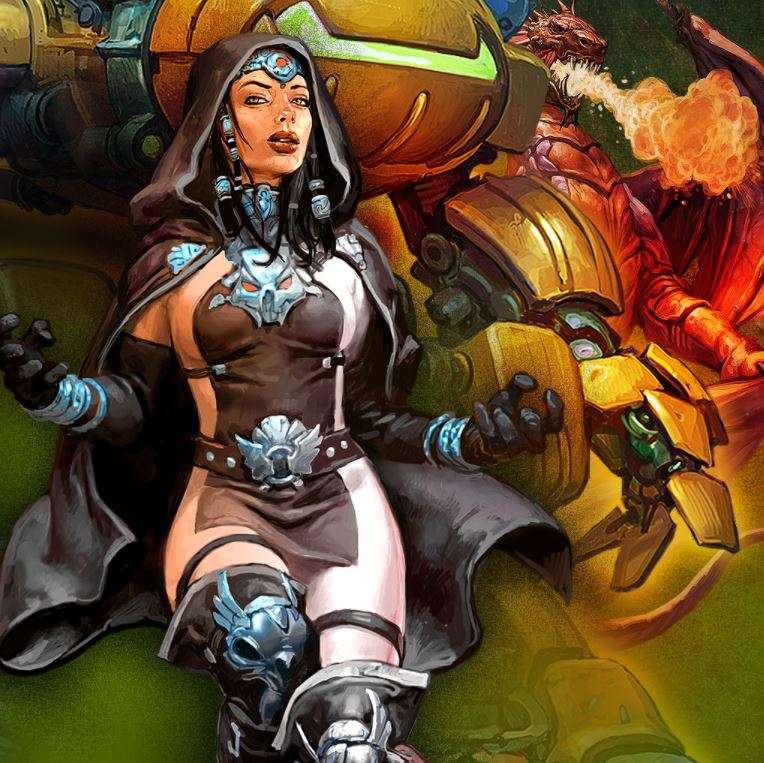 Each of the four RGD reward pools will contain a base amount of ETH, plus a percentage of funds from main and secondary sales. Such rewards will also never run out, as once Lore Keepers empty out all of the rewards in a pool, the GRD team will refill them with more ETH.

With industry leading artworks, a diverse assortment of characters to collect, and a succinct rewards system, the project as a whole cultivates the perfect recipe for any Web3 gamers with a lust for fantasy adventure.