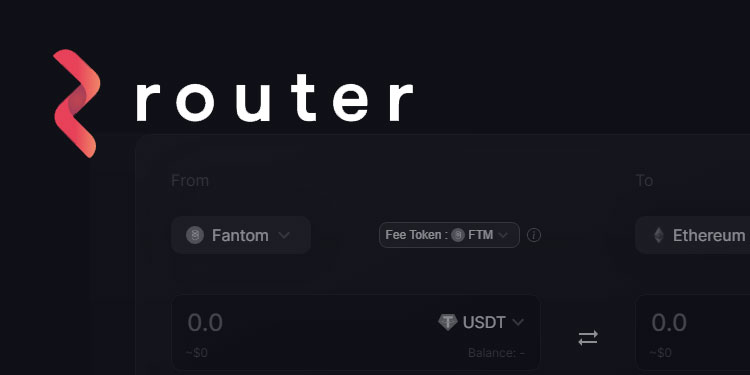 Router Protocol, an infrastructure layer enabling communication between blockchains, today announced it has added Ethereum and Fantom to its platform.

The community can now transfer funds, swap assets, and with the approaching launch of the Router Software Developer Kit (SDK), build cross-chain dApps across Fantom, Ethereum, and the networks integrated previously including Polygon, Binance Smart Chain, and the Avalanche C-chain.

These integrations also give users access to a proprietary pathfinder algorithm that aggregates DEXs to find the best rates for cross-chain swaps, 1:1 low-fee asset transfers, and fast finality with settlements on L2s taking less than a minute.

After the launch of its alpha mainnet back in January and the successful integration of the Avalanche C-chain earlier this month, Router Protocol is now moving forward on its plan to add support for more networks to its existing cross-chain infrastructure.

“Fantom and Ethereum’s integration has added a substantial userbase to our ecosystem – we’re now helping more people than ever transact seamlessly between chains. We look forward to building on this momentum and strengthening the DeFi community by expanding to all leading layer-1 and layer-2 chains, on EVM and non-EVM platforms.”
– Ramani Ramachandran, Co-Founder & CEO of Router Protocol

Note, Router Protocol has several developments in the pipeline to be released in the near future: