Human beings have always been storytellers. However, it’s clear that we have placed a huge importance on images as well. Of course, the earliest knowledge was passed down orally, but from the depths of our shared past, there’s a tremendous amount of evidence that visual storytelling was of supreme importance to people – long before written language was invented.

We see this from the many awe-inspiring petroglyphs that can be seen around the world – from across cultures, and time. Some images on stone actually date back to between 50,000 and 100,000 years ago – well into the antiquity of our cultural genesis as tool-using humans.

Many of these ancient pictures were familiar, and depicted plants and animals that were commonly found in the areas surrounding the caves. Many of these pictures depict people as hunters, mothers, warriors, and shamans. It’s these shamanic pictures which hint that humans have always had a fascination with the supernatural or – more generally – a fascination with tales and stories of events larger than themselves. 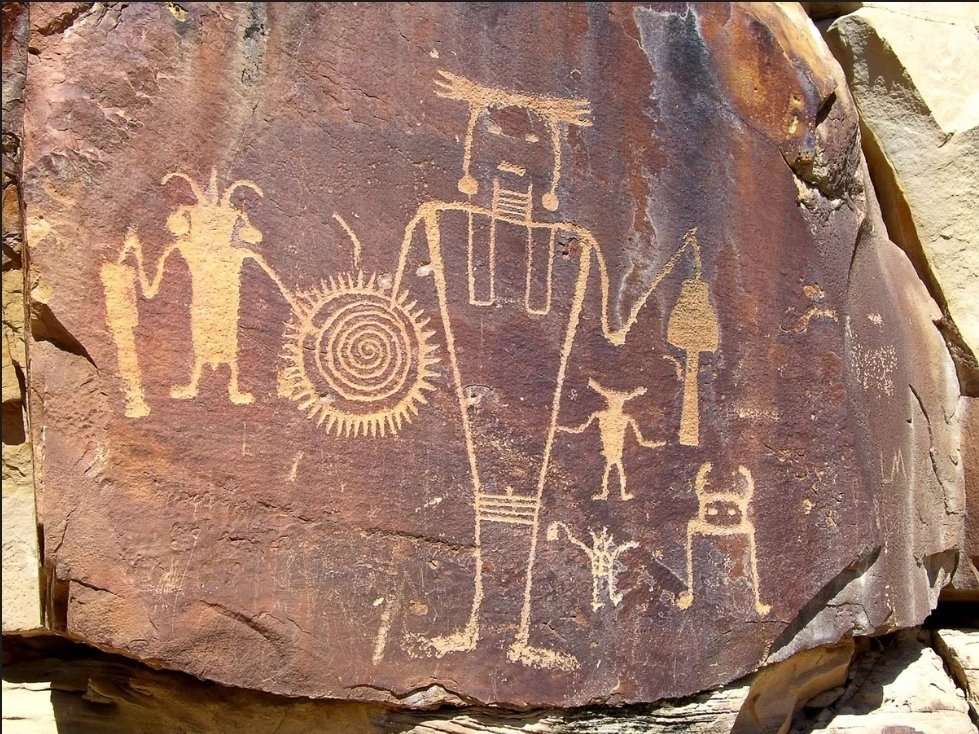 Over the millenia, these stories became codified and the myths with the most universal messages ended up being passed down through an unimaginable number of generations. These stories helped pass on beliefs, traditions, myths, iconography, and a sense of identity in a fruitful, but harsh world.

Even today, the stories and myths from societies like the ancient Greeks live on in the ways we describe and understand our world. It’s often said that there’s still wisdom to be found from stories conceived in ancient history. What’s occasionally forgotten is that the cultures and societies we look back at actually formed these stories based on their own myths and traditions, which were passed down to them from a time just as ancient to them, as they are to us.

So what does all this have to do with current society, memes, and NFTs?

On the one hand, we can take myths at face value – that they’re accounts of true events, perhaps slightly embellished. Or, we can say that they’re simply fun tales to tell children as they grow up. But myths have a function far deeper than that when it comes to society.

In myths we see reflections of ourselves – who we are and who we want to be. Myths also vividly teach us who we should NOT want to be. And wrapped up in these tales and morals is a society’s sense of self, its identity. In fact, the importance of these mythic tales is so important that they’re etched into stone, lasting thousands upon thousands of years.

Most of the successful myths that stand the test of time can easily be distilled into one main image (mental or literal) that’s easily recognized and shared. The best example of this is thinking about how the mythic Trojan War of Greece is famously condensed into one image -> the Trojan Horse.

This image and story of the Trojan horse can easily be recognized and repurposed to make analogies to contemporary culture, politics or society. It’s the quintessential example of an impossibly successful meme.

NFTs as used in PFPs represent a shift back towards a re-emphasis on visual storytelling, while also highlighting identity. Highly successful NFT projects can themselves become meme-ified. Memeing a project happens organically from the ground up, or from the top down.

Consider, if you will, the way that BAYC has taken off in the cultural imagination. They’re so exceptionally well-known that they’ve essentially become a proxy or meme for NFTs as an entire technology to those outside of the NFT space.

In fact, it’s been my own personal experience of late that anytime I ask a skeptic, “Why don’t you like NFTs?” They’ll reply with a variation of, “I don’t get the big deal over pictures of monkeys.” Of course, most people who are deep within the NFT space fight against this broad characterization, but fighting against viral memes is usually a losing battle. 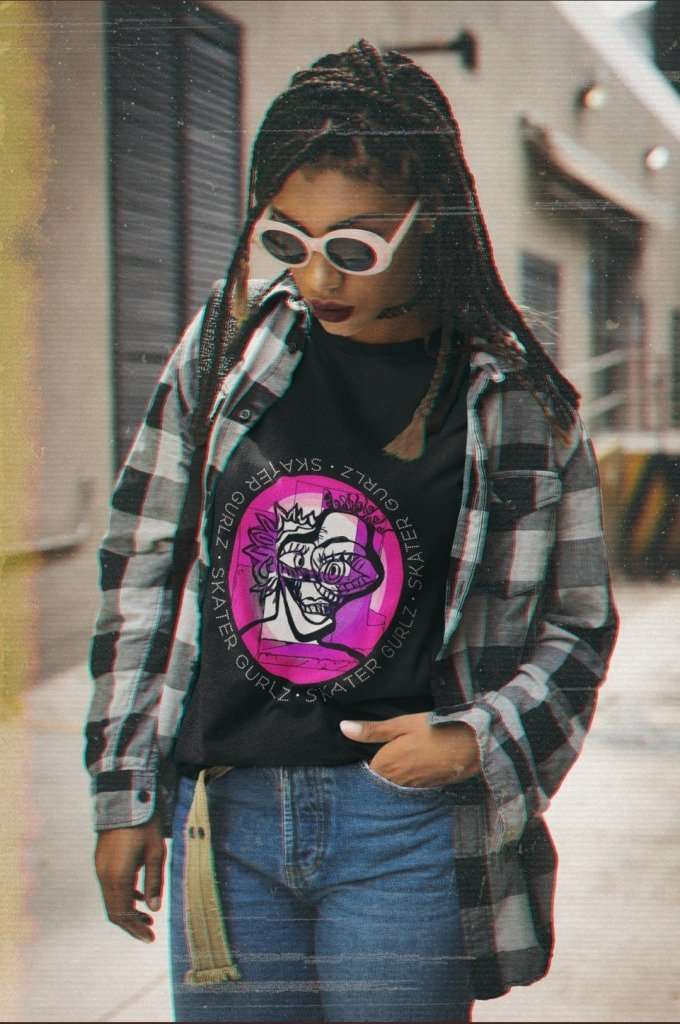 Of course, to those within the NFT space, BAYC symbolize more than simply NFTs in general. Being able to display an owned BAYC as a profile picture (PFP) is a status symbol which conveys a variety of meanings, from, “early adoption” to “exclusivity” to “success” and, of course, “wealth”.

So powerful are these NFTs as a sense of identity that social media giant, Twitter has recently updated their platform to link with MetaMask wallets so that Twitter users can use their owned NFTs as Twitter PFPs. Twitter would not be making this move if they didn’t recognize just how interwoven personal identity is with NFTs.

Now, not all NFT projects manage to leap into the collective consciousness of the public at large. There’s a countless number of smaller NFT projects that don’t have (and likely will never get) the amount of attention, cache and reach of the BAYC. But these smaller NFT projects are still based on building identity around narratives.

Many NFT projects have sprung up with access to exclusive Discord servers. Collectors of these projects can talk with each other – and if the style of art, or philosophy behind the projects resonates with certain people, a community of shared belief/outlook grows. In a previous article on NFT Plazas, I mentioned an example of the ubiquitousness of skull cultures around the world.

Skulls can be seen from the Sugar Skulls of Mexico, to the Skull Catacombs of Paris, to Skull Vodka (Crystal Head), and skull garden planters on Etsy. So, while the specifics of individuals’ life and interests may vary, those who feel united by an aesthetic or outlook still come together for a digital feeling of community. 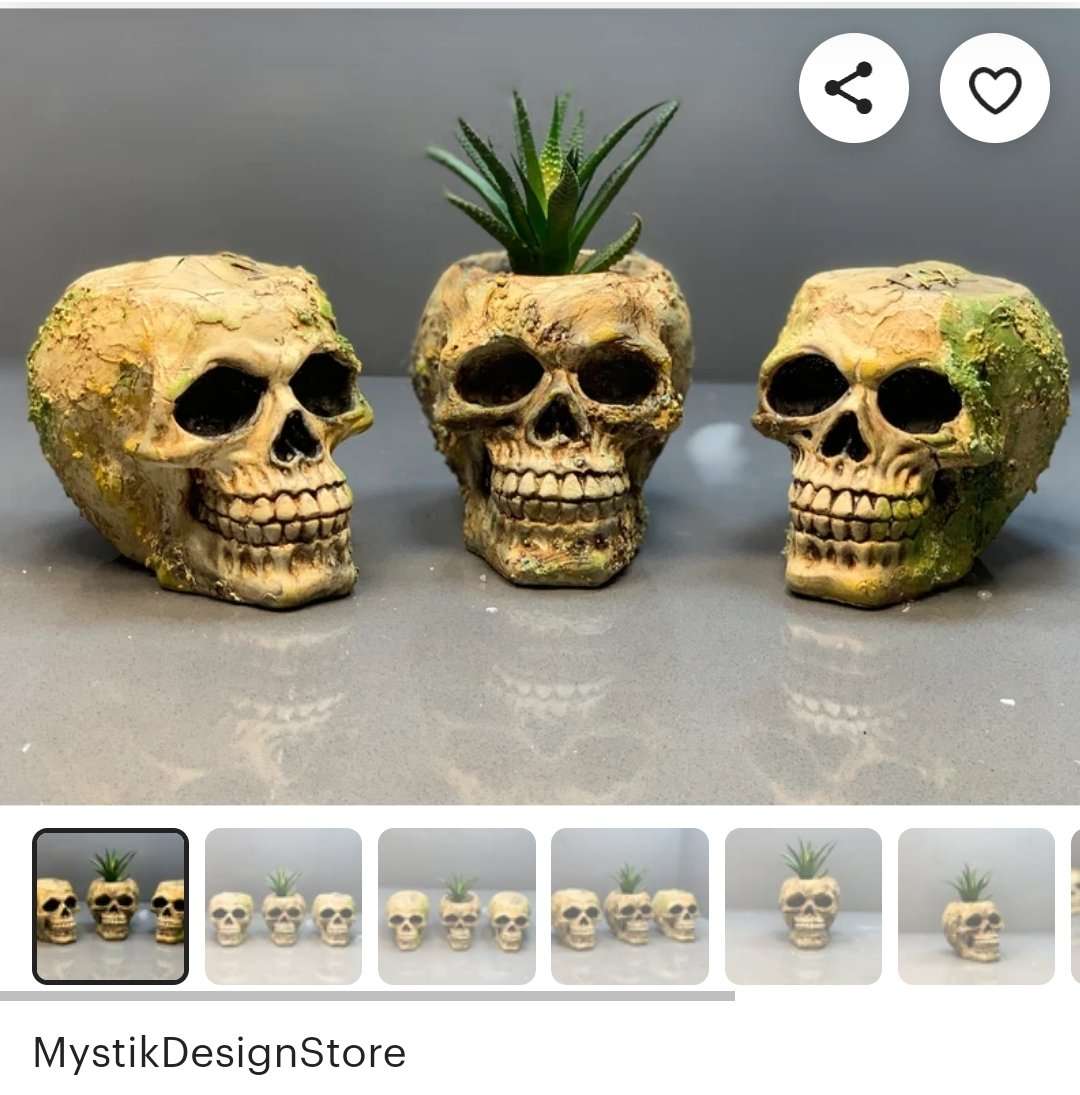 One of the best examples of how community and identity meet by way of NFT is the Loser Club NFT project. This project proclaims that its target demographic are people who are “bohemian hedonists” and those that “celebrate non-conformity and spontaneous creativity”. Not only do they have IRL meetups, but Loser Club holders the world over Tweet pics of themselves with their faces Photoshopped with their PFP heads. Many of these posts include tags like “#loserIRL”.

If there was any doubt to how this ties in with memes and myths (more specifically, myth-making) a relatively recent hashtag has cropped up in the project, which is literally “#loserlore”. Posts using this hashtag are accompanied with a brief bio about the hybrid NFT/person (as identified by the PFP).

This hashtag may or may not end up gaining traction, but regardless of whether or not it does, the point is that whether or not they’re aware: people place a monumental importance on building identity through storytelling paired with carefully selected images. 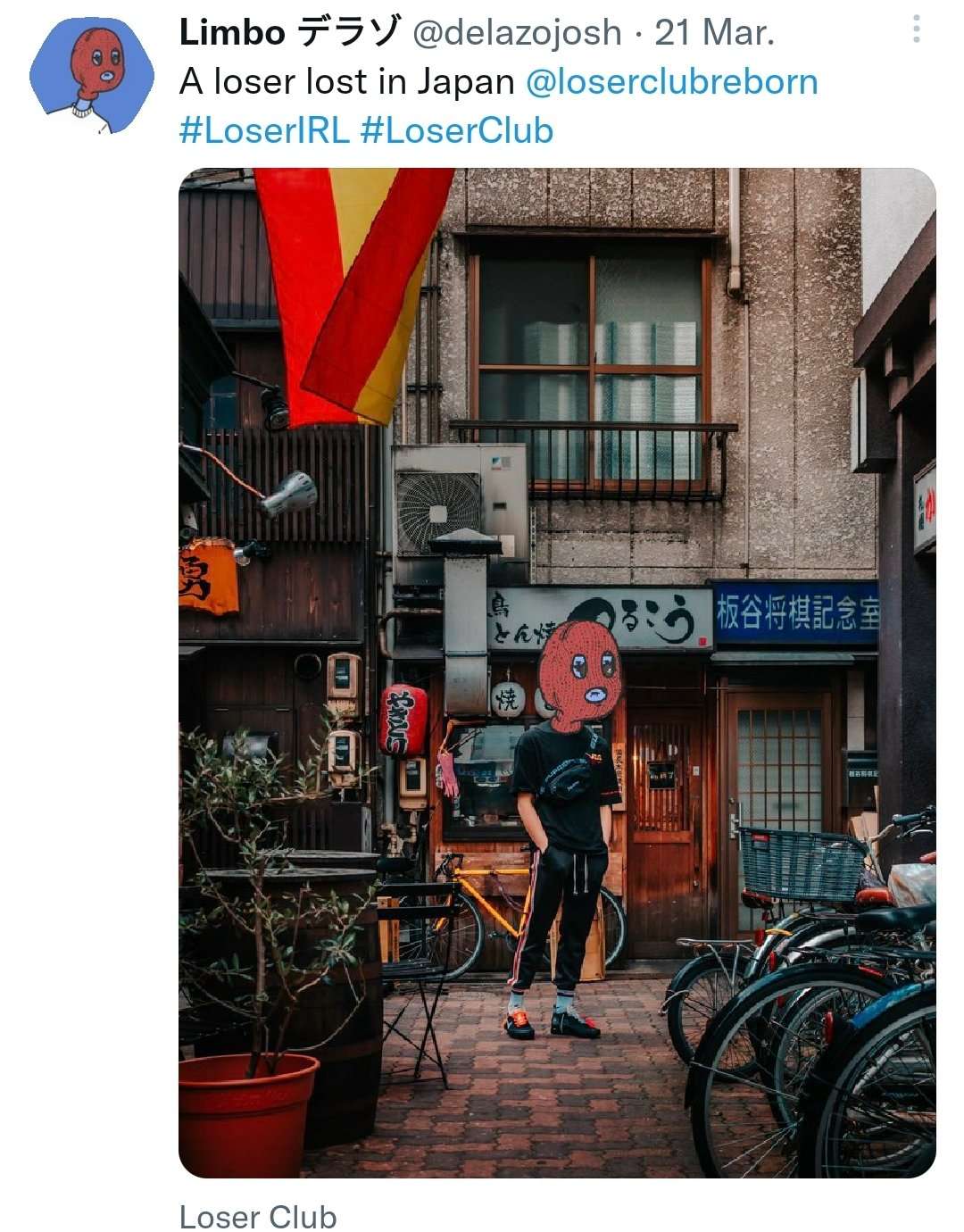 This conversation about memes, myth, NFTs and identity can’t be complete without a small nod to the way that identity-through-music has evolved over the past years. Of course, it may be slightly off topic to speak about music in this article (and is likely the subject of future articles) but bear with me.

For many people who grew up between the 1970s to the early 2000s, finding obscure bands was a right of passage. Clout within friend circles could be gained by introducing peers to cool underground music. Now, while this still exists to some extent, as evidenced by scenesters repping their local musicians’ merch, music in general is more accessible than it’s EVER been. So the act of finding obscure bands or artists doesn’t feel as subversive or impressive as it once was.

In fact, I argue that finding NFT artists and their art is taking over this ritual. NFTs that have a style which resonates can be a bit of a task to find. Then consider that being able to find an NFT project which has an ethos or philosophy which resonates every bit as much as the art can be extremely difficult to discover. But in that search there’s meaning… meaning found in the search for a shared connection and belonging.

This is exactly why seeing branded merch from NFT projects a person supports is taking over from the archaic branded tees from musicians/bands. NFT swag has been increasingly making appearances in public. Such as the BAYC hoodies at NBA games.

In fact, NFT marketplaces such as Curate.style have identified the importance of wearables, and will soon be offering artists the ability to print their NFTs on merchandise as well. This way, collectors can own both the digital copy, and the physical copy. For instance, Codyfied’s “Skater Gurl” and “Skater Boi” collections are PFPs that feel equally at home as a graphic tee as they do a Twitter PFP. 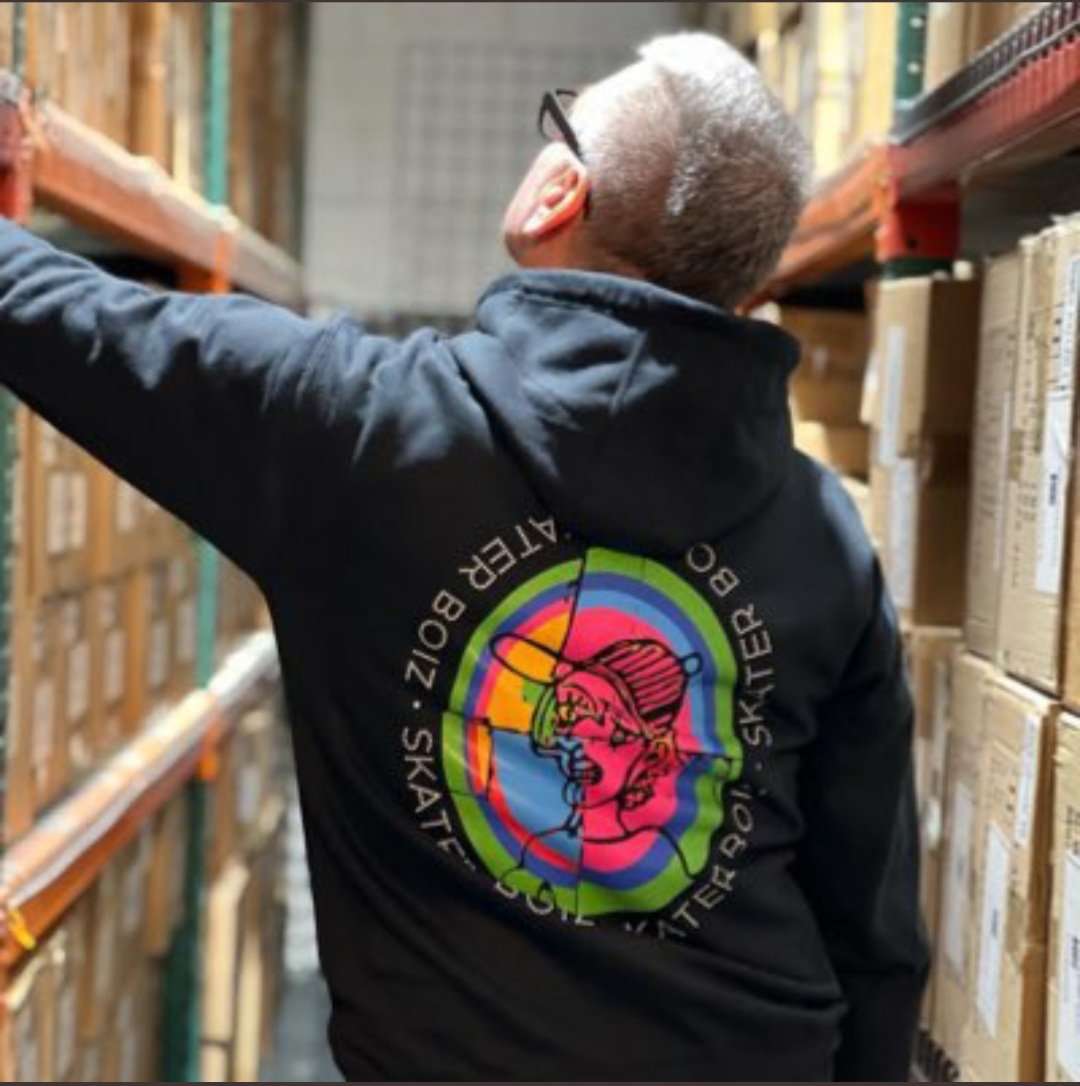 So what does all this mean?

Identity (be it individual or collective) has been important to people for as long as recorded history exists. It can be argued that the need for belonging is as fundamental to being human, as food and water. We also see that identity is shaped around shared appreciation and storytelling. Myths have been passed down through the ages not only because the stories are engaging, but because a people or society are able to see their values and dreams reflected in them.

For a good portion of the 21st century, music helped with identity creation, but while music still fills that role for many people, we see that due to changes in technology over the past 20 years, visual art and PFPs are emerging as the newest way to signal community membership. Identity these days is created by combining stories with images – just like the myths of old.

Ultimately, we as a species may have evolved new, spectacular technology that has transformed communication…but the way we tell stories and build our identity seemingly hasn’t changed all that much in tens of thousands of years. NFTs are just the newest way for people to express their humanness.